Next Saturday, I am speaking on Worldbuilding at the Breathe Writers Conference. Worldbuilding is what makes our nominal worlds believable.

Normally, worldbuilding happens below the surface like the unseen portion of an iceberg, propping up a story. The reader never gets to see most of these writings, just feel their influence on the story. Today I pull back this veil for a moment.

This is a short story I wrote to help me understand the mythology of a people in the second book of my fantasy series. I don’t normally write with this tone but this people group has a rich oral tradition.

Imagine this story presented by an elder in the heart of the darkest winter around the warm fire of a viking-esque longhouse. 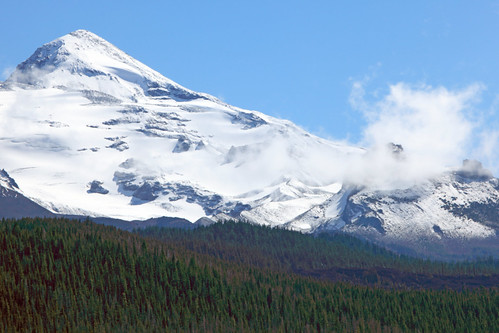 It happened during the Long Winter. The longest yet and the longest still. Your grandfather was just a boy, barely tall enough to carry a Gungnir. Winter was colder then. Snow deeper too. Not long had Daleheim been settled and the stones for Olof Tower had been hewn but not laid.

At that time a son was borne to the Great King Adolphur. That night, the torches of Daleheim burned bright fighting back the endless dark of winter. Mead was poured generously and the people were warmed in body and spirit. Adolphur named him Litill Madur for he was strong even as boy, and was soon numbered among men.

As Madur grew, he braved the wintry passes of the mountains for game and even crossed the frozen river Hvita. It was then he noticed the fair Bloma, and she him.

They were pledged to be married when It came. Our people were not prepared. A fell winter descended from the mountain peaks and stayed until summer. The cold brought snow and the snow brought death. Sheep and mountain goats died in numbers not seen since but not from the tempest. For the weather brought more than biting cold, ice and snow. It brought them. It brought the Vargr.

The day before their marriage Bloma and her servant Ivana went to the wood at the foot of Mount Teldor in search of white crocuses. The day grew dark and Bloma sent Ivana to fetch lanterns and men to watch over them. When Ivana returned she came upon a scene of great struggle. Dirt and brush had been cast about the snow and all that remained of Bloma was a single patch of her dress soaked in blood.

Just then Madur returned from a three day march in the mountains in search of game for the wedding feast. When he heard of what happened he was struck mute with grief and despair. He fell to his knees and stared at the scene and did not move.

In time, a darkness beyond pain and anger filled him. Then, to mock his anguish, their came a great high-pitched cry as if the beast laughed from afar. The cry roused Madur and he took up his Gungnir, bade his hunting party stay, and ventured forth into the dark.

When the king heard of what had occurred he took his Gungnir, went to the edge of the wood and waited. The hunting party requested permission to enter the dark foot of Mount Teldor in hopes of finding Madur, however, King Adulphur forebode it as this would not honor Madur’s quest.

King Adulphur did not speak. He refused food and drink. No one spoke but instead stood by their King in deafening silence.

On the ninth day, a commotion was heard from the pine wood and from beneath the shadow of an evergreen tree came Madur. He was covered in dirt and wounded unto death. In his arms he carried Bloma. She was dead. Slung over his back was the head of a creature unknown to them.

Madur laid his bride on the cold, hard earth.

‘The beast took her to the far north toward the Forbidden Wall. These creatures live there in great numbers.’ He told them no more. Instead, he lay down next to his love, joined hands with her, and breathed his last.

The king was overcome and wept. He looked at the head of the beast. It had the look of a fey wolf, but the size of a bear. He gazed at it for a long time before taking it in his hands and marching to the foundation of Olof Tower. King Adolphur placed it there, next to the cornerstone.

The people of Daleheim gathered round and the king spoke.

He told them of his son’s deed and love for Bloma. He then decreed for this beast to be hunted to extinction. If any boy should be called a man, he must claim such a prize as the head of this beast, this Vargr.

In a months’ time, the Great King Adulphur died during a hunting quest of his own.

Thus began the coming-of-age hunt for the Vargr and the end of the line of the Daleheimian Kings.

4 thoughts on “Like Vikings and High Fantasy? Read My Short Story Below”