The other day my writer friend Josh Mosey sent me an email asking how I was doing. He was concerned and a said I was not acting like my usual self when he saw me last.

I was not writing and I knew it and was unhappy about it. Where I saw Josh was significant. I saw him at a book signing/release party for a world renown theologian from Austraila. I sent an email back asking for accountability with my writing. I was fed up with my laissez-faire attitude toward the craft.

He responded with the worst possible answer for my lazy self. 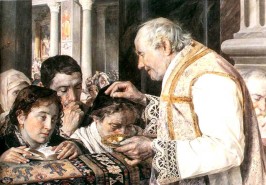 “Okay. But what is your plan? And how can I keep you accountable to it?”

I started began to reply with – jerk – but then relented and instead decided to lay out a concrete plan about what I wanted to accomplish.

If I am honest, I was just complaining. I did not expect such a brilliant response or that this would spawn something good. But it did and I am grateful for the question.

If am to give up lazy for Lent, it means I must reorganize my priorities. I love hockey but I won’t watch as much now. I need sleep, but this means sleeping less.

So thank you Josh and watch out faith, writing career, and chores.

I’m coming for you this Lenten season.