Jot is done. The conference was a blast and not because my writers group put it together, but because it was packed, I met several new writers, learned a ton and was encouraged to write. Among the speakers was keynote Tracy Groot. She shared her ideas on pop lit.

During an interview with her on the Jot Conference blog, she listed six things that a good pop lit book, (or all good books) should have:

I am beginning the next book my Seven Sages series and have a fairly solid idea where I am going with it. I drafted it years ago and split it into two books. Because I already have a good idea of what must happen to get my characters through the book (or sadly lay them to rest), I thought I would examine these six things a little more and see what I can do to make sure my book incorporates them. I started with the first two – the killer first line and the killer first page.

The first line I was thinking of was something like – They were right behind him. 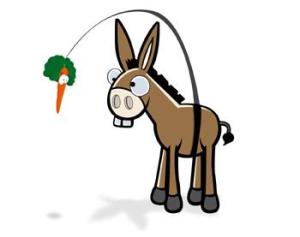 What’s more exciting than starting with a chase scene? Who is this person? What are they running from?  I think the luxury of writing a second book in a series is that you already have the characters established. There is growth or change in the people in the book but when you say Thaddeus, or whoever your main character is, the audience already knows who you are talking about. So, you can mess with your audience a bit and really crank up the action.

How about the killer first page? With line one, we’ve already established that there is a chase going on, so what does a good chase scene need? Near misses? Silences followed by loud noises? A character hiding while their pursuer walks slowly past, dragging their feet, as they search inches from the character hiding?

My scene takes place in mysterious wood so why not a near miss, followed by a silence followed by running into a beast that cries out letting his trackers know where he is? I am just playing with this idea now, but let’s face, attention spans are shorter now. We need to do what we can to get our readers invested and down the shoot and into our world as quickly as possible. Action, should not be for the sake of action, it must be important to the story. It must pull our readers in and not let them go. If your book has no need for a chase scene, why not an argument or some other form of intense dialogue to begin the story?

What have your done to make your first line and first page stronger?