It has been weeks since I finished the third draft of the Tale of Calelleth and two weeks since I have posted anything on my blog. It has taken a long time to get excited about digging into another project that will take years of my life. I’m stuck between two thoughts, ‘not writing makes me feel guilty‘, and ,’thinking of starting another novel saps what little strength I have.’

Recently, I have spun my writing tires again and again trying to get something going, just hoping for traction about another novel or short story. I have written the first page of a novel and the first page of two short stories. My mood for what story I want to work on changes faster than the weather in Michigan.

I have been doing a lot of thinking and wondering what this is. Why this lack of motivation when I have just finished an extensive project. I should be filled with writing adrenaline, spinning all sorts of fantastic stories in my elation of being done.

After some pondering it hit me. I know Custos, Hailea, Sapien, Comitis, and the rest of my characters. I know where they are from, what they would say in a conversation, and what they would do when conflict arises. I understand what makes them tick to the point that it wasn’t writing at all but like conveying something I heard a friend say at work that day.

In other words I realized the importance of knowing my story, for the most part, before I began. 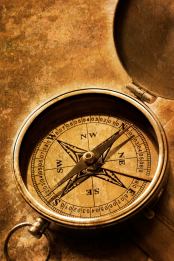 I am not advising to sit down and write 8 pages of back story on each character, 17 pages of your plot idea, and so on. I just think it is tremendously important to get to know the characters and plot in your story before you lay down the first word. I am suggesting to have a compass and know in which direction you wish to travel before setting off.

You don’t need to have it all planned out, but have an idea about which direction you want to go and be sure to have enough development in your story to get there.